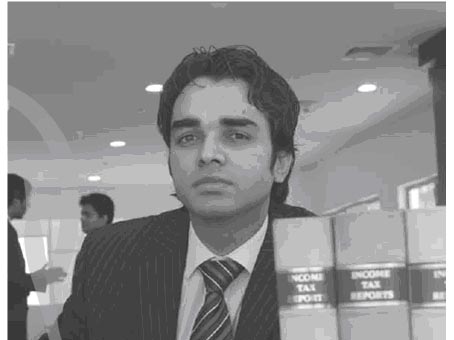 Update Sep 2013: New information (Sep 2012) suggests that Khan may be in Canada and looking for a job. Drake International in Canada has done a search on his name just recently and visited our site. Good luck Omer, may you remain unemployed forever.
Victims tell Wikifrauds that when one speaks to Khan, he is a very softly-spoken and ever so polite gentleman. But they all report having some difficulty hearing what he is saying, and often ask him to "please repeat".

This is the practised Omer manner, and serves to often confuse what he is saying with what he really IS actually saying. Many clients tell us that after a conversation with Omer, they are often no wiser than they were before the conversation.

Omer is not really the CFO. Sure that's his title, but it masks his real job - to sell WGA and get the deals to the bank. Nobody else does that job at WGA. They do not have a marketing or sales team. Omer is it, Sales Manager exemplar.

His other function, and the most important task entrusted to him by Ali, is to create and use the many delaying tactics and quietly explain the 'situations' to clients with some absolutely magnificent lies, and he has a full book of new ones for each client. Some of his victims have told us of the exact same lie he has told others, such as, "one of our trustees is away ill and it has held up settlement as he has to sign-off on the deal". That one has been used so often that it's jokingly referred to as 'Excuse number 14' by annoyed and frustrated clients. But the tried and proven next move is that, "there is another alteration to the contract that we need notarised." This usually buys WGA another fortnight while the client gets that document signed  and back to Switzerland.

There's a whole practised list of excuses and delaying tactics that Omer and Ali consistantly use to drag out settlements. It's always "this week", and when this week has passed, it's in the "next two days", then it's "next week" again, then it's,"we need another document."

He is the best liar apart from Ali himself. Together they form an outstanding team. But their eventual downfall will be telling the precise same lies to different people at different times.

People contacting Wikifrauds have confirmed that Khan has lied to them on so many occasions. Indeed one borrower was actually told by Khan that he admitted he had lied about a promised settlement to placate him, then offered yet another seemingly plausible excuse for the delay!

And yet another contact revealed that Khan told him that a certain settlement had taken place back in October 2010. When asked a second time to confirm this during the same phone conversation, Khan again stated that the settlement had taken place. Wikifrauds knows the borrower concerned in this question. He is still waiting, and has had no less than five further promised settlement dates since that time in October when Khan confirmed twice that the settlement had occurred. This borrower is currently out of pocket by some $1.6m and his current funder, a well-known Australian Bank, is moving to place his business in receivership.


Khan is perhaps not such an accomplished liar as he should be, and doesn't realise that despite the draconian non-disclosure agreements with WGA, people do know each other and do talk between themselves, uncovering more and more of Khan's and Ali's downright lies.

Don't ever trust a single word they say. They have never once kept their promises or stuck to their words.

WGA's Valuers - another Khan lie. Wikifrauds has been advised by several clients that Omer Khan has stated that their usual valuers are Knight Frank. Our direct investigation of this claim resulted in the following email from Knight Frank's Sydney office:
"Hi ----------, We made extensive enquiries throughout our and Emirates network and those that we contacted had not heard of WGA. Thanks David Castles, State Director, Knight Frank Valuations"
Yet another of Omer Khan's lies.    Total Liars.         Full-time liars.      And they don't care.

Wikifrauds decided to check claims made that Omer Khan was educated first at The College of The Desert, Palm Springs California, then at UCLA.
The following is a direct paste of an email from UCLA received by Wikifrauds on January 13, 2011:


Dear Mr. ------------,Would you be able to provide a Date of Birth for Mr. Khan as we don’t have a student with this name who received an undergraduate degree at UCLA.  Also, UCLA does not offer a BS in Business Administration.  Let me know if you can provide any further identifying information for this person.  Thanks.Cathy Lindstrom Associate Registrar.