Warning !
Keith Kelly is a bigtime fraudster, predator, and scumbag!
As are his fellow partners, Brett Mills, Jim Bogoevski, Clarence Boyd Nelson, King Con Quinlivan, Ian Lazar, and many others.

Forsythe Manufacturing is the main vehicle for these scammers. ASIC Company Extract - worth a read to see who's who in the Forsythe Zoo!
To demonstrate the links between these criminals, one only needs to read the ASIC Company records extract relating to Forsythe Manufacturing. They are all there as either decision makers, shareholders or both.
There are other shareholders listed also - the victims of  Bogoevski  and Kelly in the Forsythe scam, who were conned into lending Forsythe very large amounts of  money. When we have the time we will go through the report and highlight the crooks and their connections.
We believe QPOL fraud people are currently looking into this bunch of crooks. The Ice Cream acquisition never happened, and as for working with youth, all we can say is that Kelly spent a long long time in a youth home himself. He is currently a bankrupt  but did receive a substantial payout relative to his youth detention, but the money, and there's plenty, is apparently in his wife's name. 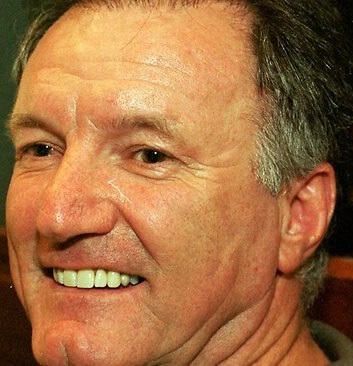 See also Queensland's biggest fraud ring.
List of persons and companies associated with Kelly (Click)
Last scam we have seen:
Keith Kelly, major partner of John Alexander, has defaulted on an Ipswich property, in the name of KK Developments, repayment schedule. He and John Alexander did a deal for the purchase of this property, the terms of which were some cash and shares in one of Kelly's companies, probably the worthless Forsyth Manufacturing, which has never manufactured a thing. One only scheduled cash payment has been made, and Kelly won't respond to contacts made chasing payments.
Kelly's latest scams:  Published Oct 27, 2017
1. Luxury cars on finance delinquency list.
It has come to our notice that a major car finance company has been trying to collect payment arreas for about six prestige cars under the control of  John Alexander. The cars are under finance in the name of  Forsythe Global Marketing Pty Ltd.  Forsyth Global Marketing Pty Ltd directors are Brett John Mills, Keith Kelly, Raquel Hirvonen. Mills is secretary. Both Mills and Raquel Hirvonen are guarantors for the car finance contracts.
Phoney "pumped" finance deals: Jim Bogoesvski arranged the finance for the cars with BMW Finance. Here's how he scammed them. Example. Kelly (Forsyth Global Marketing) finds, say, a cheap BMW X5 for $30K. But as this model books much better than that, he arranges the finance at say, $70K. BMW Finance settle the deal at $70K and Bogoesvki and Kelly split the surplus funds. Nice work! Wikifrauds has five such examples including the registration numbers of those vehicles.
2. Forsythe Manufacturing Pty Ltd.
This is the re-incarnation of several former companies: Eghl Recycling and Skips Pty Ltd, Linkenbrook Pty Ltd, The Australian Pie Shop Pty Ltd and Tealcorp Pty Ltd.
The secretary and sole director is one Keith Kelly of 6 Kelsey Circuit, Nerang QLD 4211. (Just around the corner from 142 Eastlake Street Nerang, the HQ for Forsyth Global Marketing menioned above, which ASIC also records is the registered address for this mob.
It is clear from his behaviour and contacts he has made with numerous "victims" that a John Alexander calls the shots for these companies and is in fact the so-called brains behind them, but nowhere does he ever appear on any official documents of any registered companies. He uses other peoples names, is a convincing and plausable liar and doesn't care who he cons. Kelly is his faithful partner in crime.
Claims made by Alexander include them being buyers of dairy manufacturing businesses and farmland developments. All his efforts to weasel shares or money out of other busineses appear to have failed thus far but he persists. We have had contacts from five such businesses each of whom have had sad experiences with Kelly and his cohorts.

We are also informed that Kelly and Alexander ripped off a Ray Powell to the tune of $1million. We are actively chasing further details, but our informant is high grade and we accept this information on face value.
Another connected entity, which concerned people have enquired, about is Warrior Capital Pty Ltd, also of 142 Eastlake Street Nerang, Kelly's supposed business address.

Here's an extract from some information we recently received.

Hi Guys
John Alexander is the principal shareholder of this company that manufacturing cheese and ice cream.
He wants to buys the shares in my client’s company (sanitised) for $5.6m - $3.8m in cash and $1.8m in shares in his company.
The problem is:

Indeed, Alexander pulls most of the strings, but Kelly is his co-conspirator and the official Director of Forsyth Group, the culprits in this scheme and many others.

If anyone has had, or is contemplating, dealings with this person, or anyone associated with him, please contact Wikifrauds urgently.


We also know that Alexander and Richard Goodfellow organised the registration of Liva's PL Securities for Liva, and were using this front company to raise fees for Liva, and that in turn it was Liva's solicitor Graeme Delaney who introduced Goodfellow to Liva!

Alexander twice "passed" on threats to us in the last few months after we exposed Liva and that he would be unable to control an "exitable, arm waiving Greek or Italian type character" from Sydney who would "deal with us" if we published the Facultus and Liva matter, which we have now done. He has also claimed to have a "heavy" in Sydney who would take care of anyone else who exposed Liva. These matters have already been advised to the Australian Federal Police and the NSW Police.

Update Nov 27 2012: This scumbag Alexander and Kelly are still actively trying to borrow money and promising to repay from funds he alleges his accomplice Peter Liva now has. Under no circumstances should anyone lend this conman as much as a cigarette! Any attempts from him to borrow money or obtain fees for business dealings should be reported to the Fraud and Corporate Crime Group at Brisbane Police
( 07 3364 4125), or by contacting us.

Criminal Associate: Walter Frymml's name appears as a fellow director of many companies run by Kelly and Alexander. It appears he has his own fraud history as disclosed by a news
article in Gold Coast dot com