Caught in the act! This brazen local petty thief was caught by CCTV cameras in the middle of stealing timber from a very popular local coffee stop and heritage church at Silverdale, in Sydney's outer west early this morning. (Jan 18 2023)

The business owner was alerted by the active cameras, and quickly arrived on the scene at about 1.15am, while the thief was sill raiding the place. The thief's Toyota Hilux (BW82XO) was open and with the keys still in the ignition. The business owner quickly grabbed the keys and locked the vehicle, while the thief was still inside the premises. Police were called and attended quickly, but the offender was not able to be caught at the time, as he had escaped into the adjacent countryside. The thief's vehicle remained nearby, with police having now taken the keys.

A number of business advertising fridge magnets taken from the vehicle indicate that the offender was probably a local tradesman operating "WARRAGAMBA PLUMBING SERVICES PTY LTD", with company registered address of 68 Nineteenth Street, Warragamba NSW. However, it is believed that the thief actually lives in or off Warradale Rd, Silverdale.
Relevent photos, including the offender caught on camera loading stolen timber on his vehicle, are shown below. 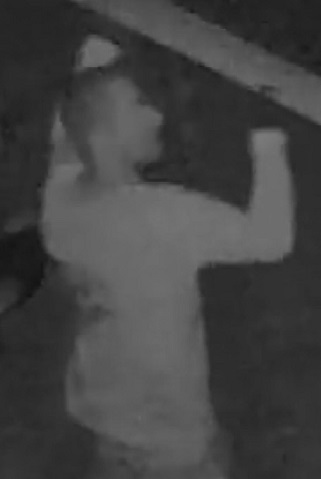 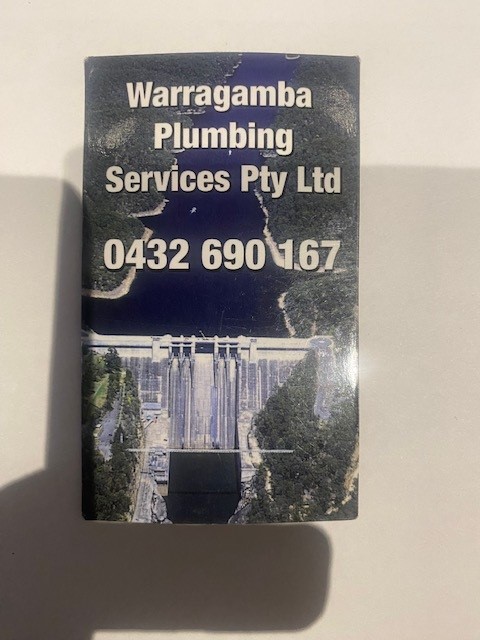 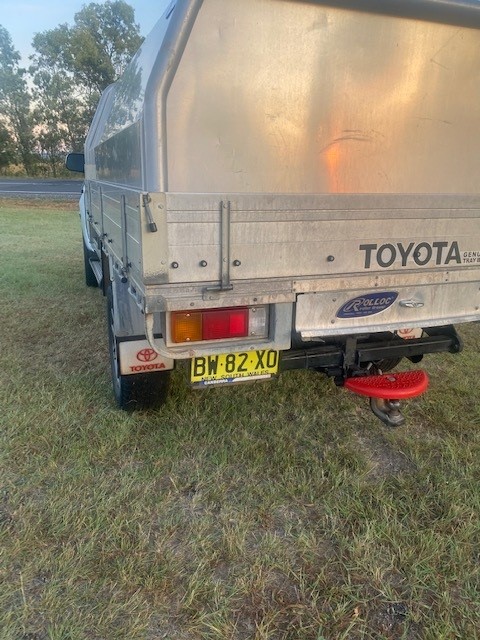 Update Jan 19: Police have now charged this man.
Update Jan 20: Numerous viewers have now identified the thief as one Daniel Robbins. Residents of the Silverdale, Warragamba, Wallacia and the Lower Blue Mountains areas are warned against using him.

DO NOT let him onto your premises.