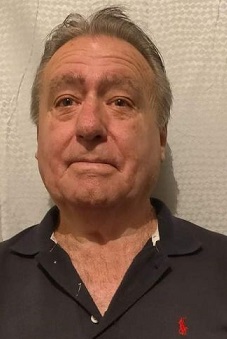 August 6, 2022: Information coming into Wikifrauds indicates that Terry Eldridge is a conman and not to be trusted. We do know that he issued a cheque for $30,000 which was dishonored twenty times, and that Eldridge refused to communicate with the person to whom the cheque was issued. It was payment for a Pegasus recreational vehicle, which the owner has never seen again. The RV was valued at approximately $400,000. Hereunder is the cheque and the notice from the bank returning the unpaid cheque. Terry Eldridge cannot deny this fact, much as he might try. The payee's name has been redacted for privacy reasons. When we advised Eldridge that we had published the cheque below, he replied with the email below right. Issueing this cheque whilst in bankruptcy and with the full knowledge that it would be returned unpaid, is an offence, and when goods are obtained in exchange for a valueless cheque, it is plain and simple fraud.
We have on hand an eleven page witness statement produced to the Queensland Police Service, which details the entire circumstances in which Eldridge perpetrated the offences cited above. Interested parties may contact us for details. 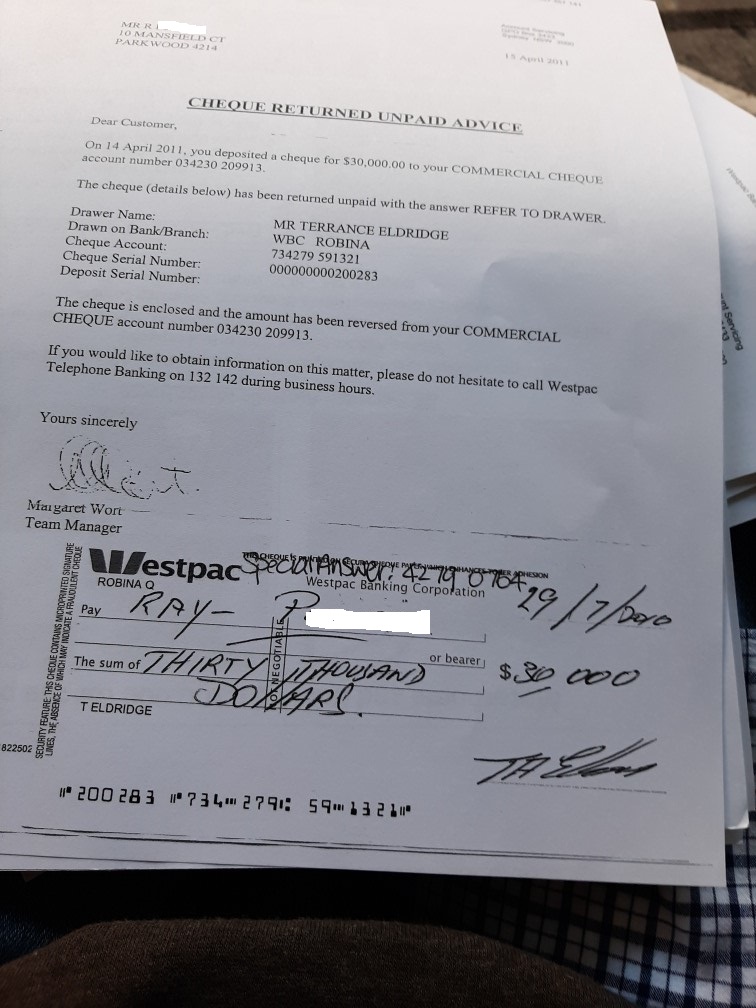 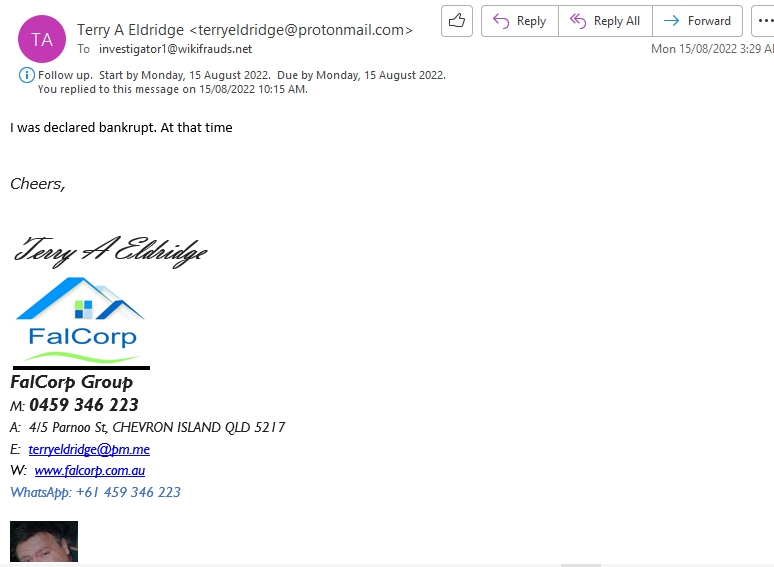 We also know that Eldridge is tied up in a scam and unfunded joint venture with serial fraudster Leslie Matthew Cheers on properties located at Beaudesert QLD. Cheers is a twice convicted and twice jailed conman.

Latest development August 7, 2022:  An enraged Eldridge on being alerted to this webpage, today rang the person to whom he issued the fraudulent chcque, and told him "you're fucking dead". He repeated that threat several times. The matter has been reported to police, and is now on record on this page.

Further, when we suggested that if he honoured the fraudulent cheque he could come off our website, his reply to us by email was simply "Piss off cunt . . ".  What a nice little man.


August 10, 2022: In a surprising email from Eldridge, he has named serial conman Bill Field as one of his friends. This lot should start a "Scumbags of Australia Club". Eldridge's responses to Wikifrauds in several emails just received  are: "What's your name and phone number? I will be in contact with you very shortly.... I believe you misleading information about non negotiable bullshit has come to an end. Get the fucking shit of or else!!!"   Then this: Got you address. Love you 💝💝💝💝💝😘, and this:  "800 prison people  watching you waiting for you ha ha cockroach come to prison".
August 14, 2022: Threats ? Read this tirade of invective and an unbelievable accusation:
"You paid Bridie Collings brother to kill my son I have all the details now"
"Got all you name s by by by.  Fucks  no sharps J. Kings Cross  good by fucks"
"You killed my son you are going on bikes cunts."
"Let's party fuck s.  I now no who I'm dealing with bikes fuck heads  can't wait 😀🙂😀 iii " and "Can't wait to get you cunts"
"Your going sorry not you but close to you ??? Fucks"   There are many more similar emails.Eldridge has lost all control of his faculties. The sad fact is that his son was killed by his girlfriend some yeasr ago. She went to jail for murder. All Eldridge wants to do is strike out at anybody who gets up his nose, like Wikifrauds has. However, his grief does not excuse the fact that he issued a fraudulent cheque well before the loss of his son.
More information coming soon - watch this space.
Meantime, can anyone get us a photo of Eldridge?