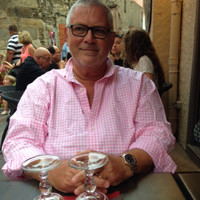 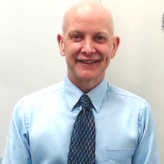 DO NOT invest with this company without thorough due diligence !

This company seems to have morphed from a number of earlier companies, or has had the same director(s) and supposedly operated in the same field, data technology.
Apparent predecessors or associated companies are Vistime, Firmware Technologies, Buzd Pty Ltd, Foresense.

Here's an extract from an email we received from an investor who has been unable to contact Weilland, Blandin or Walker in efforts to have his original investment of $100,000 refunded:


"So far from what I can make out Glenn Weiland, Richard Walker and Jacques Blandin set up a company called Vistime Technologies quite a few years ago. We were prodded to invest in the company by friends at the time, who themselves have put thousands of dollars into the company and in doing so have also coerced many other of their friends to also "invest" into this venture. I am not sure if Richard Walker was even at the early stage with Vistime.

Last year I found to my surprise that we were listed as shareholders in a company that seems to be dormant called Switchcubes Ltd, listed in the UK in the Company of registers. It also states that Jacques has left the company and Glenn and Richard are the remaining directors.What pisses me off the most is we purchased original shares at US$2.00 per share only to find out they are listed at Switchcubes at UK10p. And guess who owns the majority of the funds? Yep, I can see it now they have renamed the company and lowered the share rating for us investors and put the remaining value into their own pockets. I mean let's put this in perspective, where on earth DID they get the money from to have such an enormously high majority of funds? Particularly when they have faced so many problems?"


The company (Switchcubes) indeed appears to be dormant. Checking the Companies House (London) database shows that Walker and Weilland are both current directors, and that Switchcubes has some 12.6 million Pounds sterling in the bank, A$ 22.78 million, describesd as "Cash on hand" in a dormant company. So why can't investors in the original company get any money back, and what are Weilland, Blandin and Walker doing with all that cash? Investors are stuck with no responses and worthless shares in a dormant company.Another coup for the immoral Richard Walker.
Buzd Pty Ltd. See ASIC deregistration application.