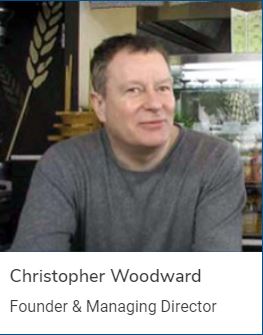 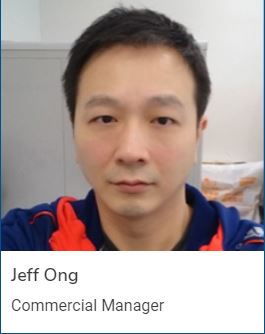 Serene Industries Ltd is owned and operated by one Christopher James Woodward as depicted on www.serene-ind.com and who appears to be the main proponent of Serene’s deceit.

·         Serene is declining every customer warranty claim, there are many.

·         There are customer reports of fan heaters catching fire.

·         Serene is declining customer warranty claims telling them that Serene has never actually had a busines in Australia.

·         All warranties are declined, Serene has never had a business in Australia.

·         Serene products have never been designed, intended, compliant or released in Australia.

·         Any Serene product that a customer has can only be a dangerous illegal counterfeit sourced illicitly from the “murky grey or dark web” - most likely from Europe or the UK.

·         Serene is however willing to honour warrant claims by selling the replacement to the customer at cost.

·        From July 2020 Woodward has altered it story telling customers that Serene cannot honour warranty claims as Serene has only just launched in Australia online just 4 weeks ago (since June 2020).

THESE ARE COMPLETELY FALSE STATEMENTS MADE BY SERENE

Wikifrauds enquiries lead us to an ex-distributor of Serene Living products who we spoke to.

They request that we don’t publish their name as they are simply embarrassed to be even associated with Woodward and his deceit.

They also confirm that they have already published their own fraud advisory online. It appears as though there has been trouble with Serene Industries for some time. http://heatingco.com.au/serene/

·         Serene Industries / Christopher Woodward has actually had his Serene business and product in Australia since 2014.

·         Woodward is notorious for peddling this type of lies and deceit. It is blatant fraud.

·         Woodward will likely be facing criminal negligence as a result of a serious fire incident or injury is caused by a Serene heater in Australia.

·         His business is already being investigated by the New Zealand regulator.

·         All Serene products have always been designed, intended and certified for Australia. That is published online by Serene since 2014.

·         Serene Industries has even had their Australian office details printed on the cartons.

·         However Woodward’s warranty assurances are not worth the carboard they are printed on. He will always invent a reason to decline any warranty claim.

·         We have also been contacted by other government and consumer advocacy bodies who have commenced making their own enquiries on Serene as a result of customer compliants.

However our discussions with this reseller would indicate that few would be surprised that Serene / Woodward ended up here.

“We are not at all surprised in the least that this debacle has ended up on this forum, there are many real pissed off customers that have been abandoned by Serene Industries including ourselves and there will be more to come, mark my words.

“Woodward’s conduct is blatant fraud – he has never had any intention of honouring any warranty claims – he never did since the day we started selling his Serene products in 2015. His generous warranty assurances are literally not worth the cardboard they are printed on.”

“This is likely to get worse – inevitably all Woodward needs is a serious fire or injury caused by a Serene heater and he will be staring straight down the barrel of criminal negligence”.

“It is one thing to decline a customer warranty claim for any technical reason – but it is something completely different to refute a warranty claim citing that your business even existed in Australia and that the customers product is actually an illegal dangerous knock off that is not actually safety certified.”

“At the rate Woodward is tracking he is well on his way to having his whole business upended on prime-time TV 60 Minutes or the like. We have already cautioned Woodward on this several times.”

“If we are asked to front up and explain our involvement with Serene on national TV, we are happy to do so, our company has nothing to hide. Our conscience is clear, we have done all we could have and should have done to support - at our cost – all customers that purchased Serene products from us.”

“It is a real shame that we are talking in these circumstances. We have known of Serene and its 55 year old predecessor company for many years. Woodward took over a leading successful New Zealand manufacturer heating division in 2012, he first asked us to become involved in 2014.”

“Emanating from this leading manufacturer Serene / Woodward had an impeccable Masterclass birth right in the heating business with flagship heater models spring boarding off a prior quality legacy spanning decades - the best you ever wish for in this game, once in a lifetime material.

“Serene Industries should by now be really humming in Australia, not be eroded down to this level of bull sh*t, lies and deceit ”.
“When we started selling Serene products in 2016 they had nearly every major electrical and plumbing outlet in Australia on their books. Every one of them without exception has dumped Christopher Woodward and run a mile – including us.”

“To be frank, based on our dealings since 2015 Woodward has zero conscience – behind the beautifully manicured photos he publishes on the Serene Industries website – Woodward is a crook who couldn’t lie straight in bed.”

·         That that Christopher James Woodward resides in Hong Kong, however further documents lodged have him residing at an address in Auckland, New Zealand.

·         There is also a Serene Heating Australia Pty Ltd registered. The same Christopher James Woodward has been a 10% shareholder since October 2015.

·         On their website they have an Australia office email – and a New Zealand phone number.

·         The also state they have a single Australian distributor.

·         The Australia contact is included on all of the Serene cartons.

Further detailed information will be published soon – WATCH THIS SPACE.