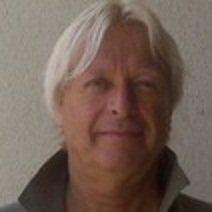 Rocky Cribb has been the subject of bankruptcy proceedings in New Zealand, when his company, Kamai Palms Golf Resort Limited) was ordered into liquidation by the High Court of New Zealand on September 22, 2010 (see court orders). Cribb purchased the Golfing resort at Katikati for $4 million in 2001 but hi company was wound up in 2010 owing lender Guardian Asset Securities some $11 million, and the New Zealand Inland Revenue some $NZ 174,000 in unpaid taxes.(read more)

Christian von Glasow is the owner operator of two outfits in the USA, namely GoMirror and Baton Inc. von Glasow has been cited on the US based anti-fraud website "joewin.de LLC" as being the operator of a "419 Nigerian Scam" (Read citation)

Von Glasow has a co-conspirator in a  money guy MR. JOHN MILMAN IN THE U.K. and co-conspirator of Mr. Christian von Glasow who is the investor of GOMIRROR, LLC Texas and co-beneficiary of Mr. Glasow's Nigerian SCAM!  The court documents as filed by GOMIRROR's attorney on behalf of Mr. Glasow represent that they have known and been in business with each other as personal friends and partners for over 30 years.

Both parties have at one stage or another sought funding from various sources, including the Brockstar Group of companies, and have subsequently joined forces and conspired to obtain financial advantages by the misuse of bonds issued by GHZ Capital Funds and provided by Brockstar Group. This is a matter now to be heard in proceedings listed for trial by jury in California on June 11 2012.

Wikifrauds is currently investigating Cribb, von Glasow, and the conspiracy, and we will detail much more in the coming days. Watch this space!