How Australian motor insurers scam policy holders,
and vehicle repairers, and how you could be driving an unsafe and unroadworthy vehicle.

. . . . Lucky you're with who?                                    Page first published Late May 2015
In the next few weeks we will be naming the insurers who force vehicle repairers to cut corners and put dangerous vehicles back on the road, and how you get defrauded by them when accepting a cash settlement for a 'written-off' vehicle. These insurers, who push their image as good corporate citizens, are household names, yet behind the scenes they conspire to improve their bottom lines by refusing to pay repairers fair and reasonable repair costs, and in one recent example, an insurance company assessor has been charged by NSW police with assaulting a repairer who refused to bend to that insurer's will.

We HAVE named the insurers and show:
These insurers are real big guys, with big war chests to bluff objectors with legal battles, intimidate authorities, stand over the repair industry and generally behave in a manner contrary to their policy holder's interests but favourable to their shareholder's and the bottom line.
The Big Offenders:

NRMA Insurance is one of the biggest offenders of all the insurers.   (NRMA is owned by Insurance Australia Group Limited, (IAG) who also own Westfarmers, Coles, Bunnings and many other interests in hotels, liquor and food retail.) 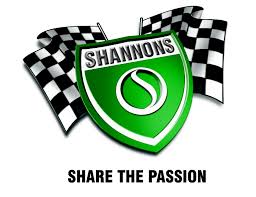 "Ahh..liance"  This outfit is no better than the others,
We will shortly publish a recorded conversation between a senior Allianz assessor and a repairer wherein the Allianz representative berates the repairer and announces that Allianz will no longer alow him to repair policy holders vehicles. His crime - standing up to the pressure to repair vehicles at a price insisted on by Allianze despite independent assesments showing the real cost of proper repairs being much higher.


We have much more coming over the next few weeks - watch this space for further proof of highly danderous vehicles being handed back to unsuspecting owners, putting their lives at risk.

If you have an example you would like published, email us with details. (We will not publish or disclose any names without consent.)