Terry John Dallas is a thief, a con-man, a liar, a fraudster, and worse, a known sexual predator.
Associated broker: Elizabeth Seewald, aka Liz Orchard
This scumbag has now turned to internet dating sites! See Report

These are very serious allegations against Dallas and we stand by them. Mr Dallas knows who we are, and is herewith invited to take legal action against us if he wishes to do so.

Terry John Dallas and his two companies, Mega Gold Capital Australia and Mega Gold Asia Pacific Limited (Hong Kong) are both  front companies for a 'fee in advance fraud.' Another of his companies, TMAC Australasia Pty Ltd, is a front for a gold trading scam. 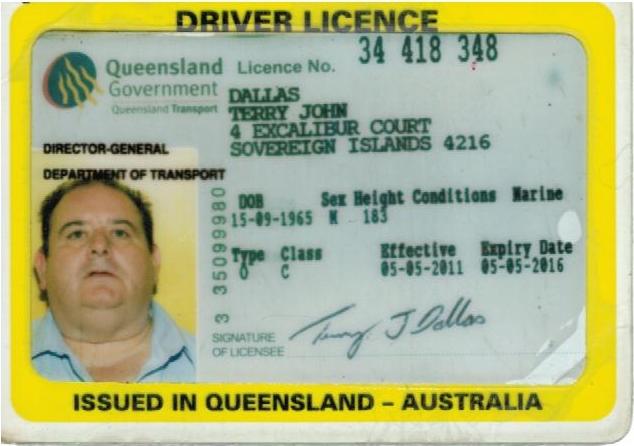 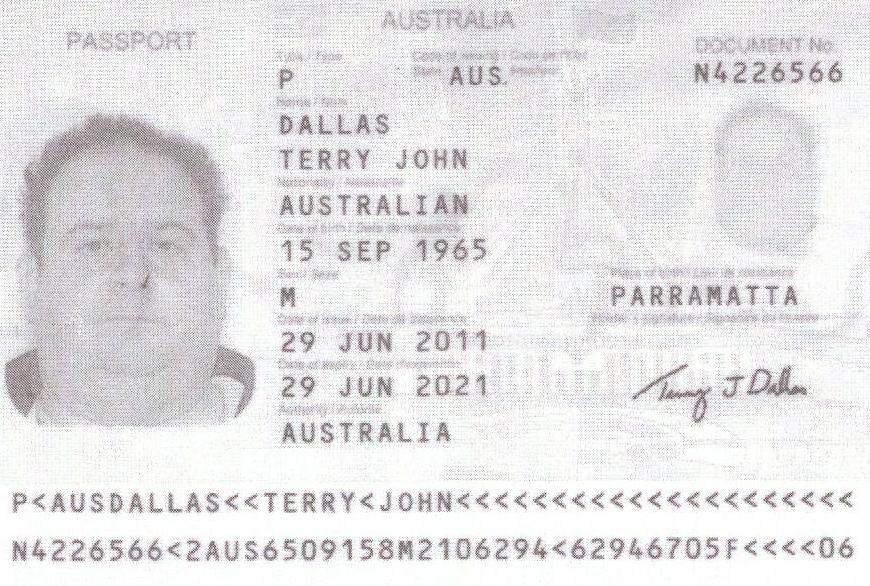 Dallas, who resides in Bankok, has a demonstrated history of fraud in Australia and our due diligence on this man has recently revealed that a large number of investors have been duped in recent years, albeit by smallish amounts, but a very large amount in total. It is also known that he has taken fees in advance for financing a casino development in Vanuatu. This never got off the ground and as far as we know, Dallas kept the fees.

He portrays himself as the multi millionaire owner of  4 Excalibur Crt, Sovereign Islands on Queensland's Gold Coast, but our research shows us clearly that this property has, since being built in 1985, belonged to a Liao Su-Chin Yang. Dallas has never shown on this title, however police sources have confirmed that he did at one stage live there, and that the licence above is real but apparently out of date despite the date shown. We should add that Mr Dallas is known to a number of police forces in Australia, and not only on fraud-related matters. (These other matters relate to quite disgusting activities of Dallas and should not be exposed on this forum. Interested people may contact us if they would like further information)

Since then, Wikifrauds believes that Dallas has received over $180,000 in fees paid by would-be trusting clients, for loans that have been approved but not settled, and he has refused to provide any clients with any proof of funds at all. Borrowers were told in October and November that the $250 million would be in country by November 21. Then they were told proof of funds would be provided by December 21, 2012. This did not happen and so far nobody, including his Australian associates who are now helping with our enquiries, has seen any evidence that the funds exist at all. All people are hearing is that Dallas is extremely busy flying here and there between Bangkok, Singapore and Hong Kong getting all those things in place to make it all happen. So far, all anyone has had are postponed settlement dates 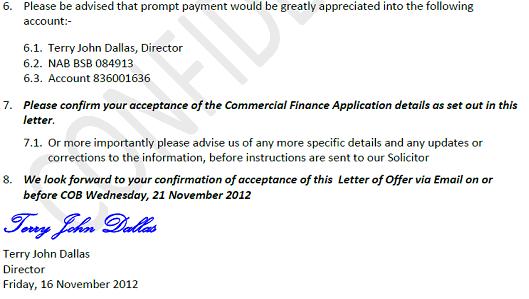 However, Wikifrauds has discovered that Terry John Dallas is also a known sexual predator with a predeliction for very young Thai boys. We are able to state without reservation that this information has been verified by no less than four independant sources, two from high official sources. It is apparent that his fraud activities are the means for him to practice his evil ways with these poverty-born young Thai boys. We have, but of course will not expose, the names of two such victims. Dallas virtually 'owns' at least one young boy, whose servitude to Dallas is the only way this boy's family is able to survive - they depend on Dallas paying for the services provided by their son. This is as close as it gets to tragic human exploitation and is not far removed from sexual slavery.

He is well known to hang out in the seedy gay bars of Bangkok and other Asian cities, and he can't be missed on the streets of his chosen hideaway village in northern Thailand, crawling around in his bright-blue Nissan Navara 4WD utility with lights all over it and the loud 'doof doof' sound system.

This behaviour by Dallas puts him in a league of his own amongst all the fraudsters featured in this website.
________________________________________________________________________________________________________________________
Dallas turns to dating sites in his thirst for more money: There seems no end to to the lengths this deviout will go to. Wikifrauds received this email today (Nov 3, 2013) from a lady who was being led down the path by Dallas. The email also included a transcript of following chats on Yahoo messenger which can be read here. Notice how Dallas, who claims here to be an RAAF Orthapaedic Surgeon based in America, sneaks up on the subject of bank accounts. (The photo of his new fake driver's licence along side his original is shown below.)
"I was contacted yesterday on the dating site "Plenty of Fish" by Terry John Dallas.  He claimed to be an orthopedic surgeon with the RAAF who had recently been deployed to the Air Force base in .  (Further investigation on my part revealed this facility has been closed for a number of years).  He claimed to have been widowed two years ago, with an 8 year old son who lives with his mother-in-law in while he is in the military.  He said he was raised in , but had attended medical school in .    He emailed me pictures that were allegedly of himself and his son, including a picture of his "driver's license". The picture is different, but as you can see from my attachments, the license is exactly the same as the one shown on your website.   A "cut and paste" job.

He asked me to log into Yahoo messenger so we could chat today while he was at "work".   He told me he was deleting his profile on POF, because all he had found on the dating site were women looking for "fun" and he wanted something serious, and he felt like he had found that with me.   Keep in mind, this is after ONE chat session.  He did delete the profile, and it made me immediately suspicious.  This morning, he started asking about which bank I used and what credit card companies, saying he wanted to open accounts in the because he was retiring from the RAAF in December and wanted to remain in the and open a private medical practice.   This sent off a huge red flag for me, and I told him I wasn't comfortable discussing personal finances.   An internet search of his name led me to your website.   I don't know if this is a new method of attempted fraud, or if it simply hasn't been reported.  I have no actual PROOF of fraud, as he didn't actually ask for money, but after reading your report on him, I feel like that is the direction he was attempting to steer the conversation.  I didn't see any mention of this type of fraud on your website, but I wanted to make you aware of my interaction with him, in the hope that perhaps you could warn other women who use internet dating sites. I am attaching a copy of the email and pictures he sent, as well as a transcript of the our yahoo messenger conversation. The longer we chatted, the more pushy he seemed and the more suspicious I became."

Email: Hi it's me Terry

It's morning  here and I was thinking about you,. I want you to know how much I sincerely love the countless hours we spend talking. It means so much to me it has been long times i had this kind of feelings. It truly seems like I've known you forever and I honestly can't imagine life without you now. There will be no looking back, no second thoughts and no regrets. I want you and only you  All I can say is you're the best surprise life has given me about 2 yrs now since i lost the mother of my child and your capacity for love, caring, and understanding never ceases to amaze me. talk later and hope you will like my pics ok and that is my son John 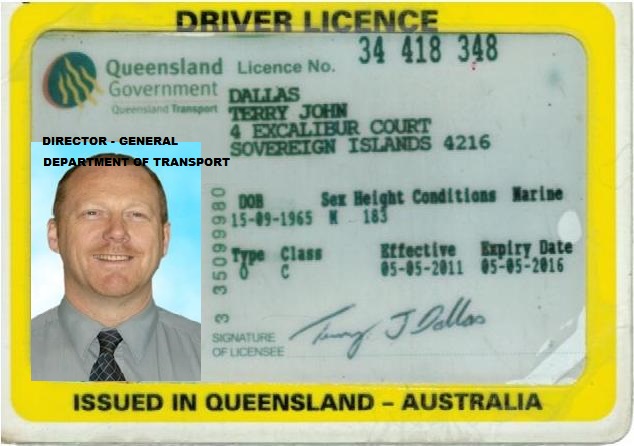 Update: We have been advised that this scumbag Dallas is now trying to scrape money together by selling on eBay. The informant in this case was suspicious about the conduct of payment to Dallas for a boutique guitar.
Watch out for him on eBay. His user name is "dalla-terr". DO NOT purchase from this man.
home page