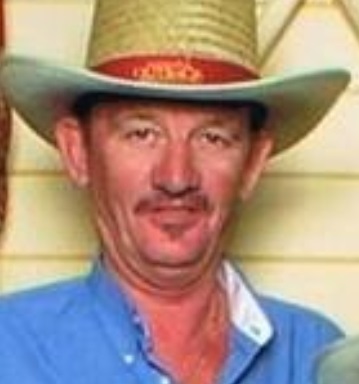 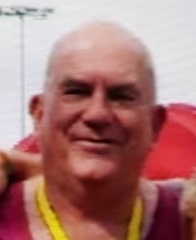 Kevin Howe above             John Campbell, disgraced accountant and would-be "heavy". (see below)
Latest, December 8 2021: Kevin John Howe was arrested yesterday and charged with fraud in the Cleveland Magistrates Court. He was released on bail with the condition that he not make or cause others to make any contact with the primary victim in this case. Meanwhile, the matter involving Davies in the same fraud had progressed to the District Court and is in the hand of the QLD DPP for prosecution. Some informed observers believe that Howe, now in his 70's, is expected to "squeal" on others in order to mitigate what may well be a lengthy jail term should he be found guilty as charged. The "others" may well include Campbell.

Latest, March 18, 2020: Michael W Davies, who was Howe's accountant, has been charged with four counts of fraud and is to appear in court at the end of April
A full expose` of Howe and his close business associates, including Brian Lincez of Starwhist:
Dubious land transfers, unpaid borrowings, court judgements, and a whole lot more sordid detail about Howe and his fraud, and the missing millions. Mixed up in all this mess is a Bank of Queensland franchisee (we will name him soon) and some questionable mortgage transfers relating to Howe's family' members land holdings.

This is all about a legitimate wholesale finance company that provided a floor plan arrangement of some $22.2 million advanced to Redland for Howe and his two sons Shaun and Nathan, to run the used car dealership. Basically, vehicles that were properly supposed to be securitised under this floor plan arrangement to this finance company, were in fact securitised to the Brian Lincez owned Starwhist company. The smoke and mirrors trick of securing vehicles to Starwhist was done by falsifying VIN numbers and by creating phony sales and car loans to ficticious people.

The decision to back Howe and Redland was based on false and fraudulent financials provided by disgraced accountant John K Campbell, an associate of Brian Lincez and who to this day still does Lincez's bidding.

Latest: Dec 18, 2019: Now we have stirred up the rat's nest, we have one Nathan Howe, son of cowboy Kevin, threatening the wholesale lender in a text message which reads, "Bad mistake Frank, Now you have a big problem."
Below is the description of the complaint to Police and Fair Trading made by the wholesale financier:

What we want to know is where is all the missing money and who has it. The talk is that Davies has it in some offshore bank in either China or Singapore. Whether or not Howe gets his share is a matter between them - does a crook trust a fellow crook to split the spoils?

A little tip for you Kevin: Bank tracing orders (known as Anton Pillar Orders which have force with overseas banks) will eventually find where the money went and how and who made the instructions. Our tip is that you are in for a lengthy holiday at HM's pleasure.


Meantime, QLD Police Fraud Squad are actively pursuing this matter following a formal complaint along with evidence from Howes victims. Pasted below is an email from a QPOL detective confirming the investigation. We have removed the detective's name and contact details for obvious reasons - mainly to avoid possible harrassment or worse to the detective concerned. We have also removed the victim's surname for the same reasons. Otherwise, the email is untouched. Bank tracing orders will no doubt form part of the evidence.

Hi Frank, Thank you for your patience. Fraud squad in town advised on course of action. I have made application for the matter to be finalised in town and that has the support of my Sergeants here. I was hoping to have heard back but the application is still going through the process. I do keep check on it and I will let you know the outcome as soon as I do. Regards Xxxxxxx  Detective

This link will take readers to an extract from the Commonwealth DPP report 1991-2: click link and go to page 73 to check authenticity of the extract pasted below:

On 13 March 1992 David Paul Howe, Nigel Peter Smith and John Keith Campbell were committed for trial in relation to various offences againstsection 229(4) of the Companies (Queensland) Code. The trial of those defendants is listed to commence in the Brisbane District Court on 26 October 1992. It is anticipated that the trial will last for approximately four weeks.

The charges arise out of the acquisition, in January 1988, of a property at Lloyd Bay in North Queensland by Farndale Limited for the sum of $14 million. David Howe and John Campbell were directors of Farndale Limited at the relevant time.

It is our understanding that both Howe an Smith received a custodial sentence, but that Campbell managed to avoid jail. We wonder if a deal was done between Campbell and the DPP.