Warning!  This company is a complete scam!


BEWARE: THIS OUTFIT IS A COMPLETE SCAM
Wikifrauds has evidence of his previous company, Trinity Global, taking very large up-front advance fees for loans that never eventuate, and fees that are never refunded. Now he's running a ponzi scheme in the trucking industry. link 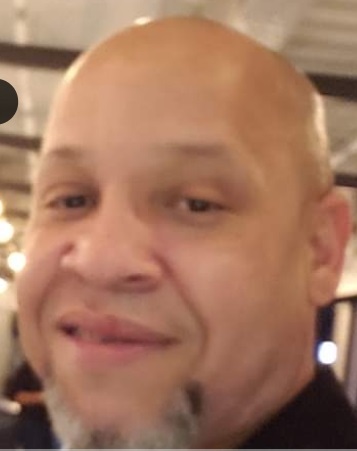 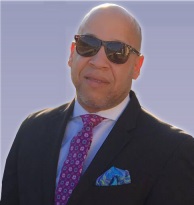 If you want confirmation of this scam and evidence from victims, contact us below.

However, recent information suggests he has moved on and is unable to be contacted.

Last known address: July 13, 2012:  For all those who are looking for this conman, we now have his new address, where he is oddly enough already three months behind on the payments of about $3000 per month. Please contact us if you want this address, we will be glad to assist. But you'd better hurry - we understand the owner is trying to have him kicked out.

A current internet posting shows the following:
Trinity Global Investments , LLC is ... trinityglobalinvestments.com, 8 July 2011 [cached] Trinity Global Investments , LLC is the product of the visionary mind of Jeremy Whitley the Chief Executive Officer. In 2006, he began to form a network of dynamic professionals each knowledgeable and experienced in the real estate, mortgage, finance, construction, and sales industries. Through their numerous years of experience each team member offers expert advisory services to our clients allowing them to make sound investment decisions. Jeremy Whitley Chief Executive Officer jwhitley@trinityglobalinvestments.com
It is our understanding that Dean Wentworth of Euroasian, also a fraudster, is one of Whitley's associates. See also. Stay away from this company. Other criminal associates can be found here.

Whitley also has a profile in LinkedIn

Evidence from Australian victim:
Wikifrauds has received a copy of a "Outline of Services and Letter of Intent" document detailing an offer to fund made to an Australian development company by Trinity Global Investments LLC. In this document, under the heading of Fees and Expenses, are clearly the words "If for any reason TGI does not fund the transaction, TGI agrees to refund 100% of Due Diligence cost". Our informant subsequently visited Whitley in Georgia, and the agreement was signed, with fees of USD$68,000 paid up front. That was back in November 2010, and the client has not seen a single penny in loan funds and is still to this (May 2012) day unable to recover the fees paid. Not only that, Whitley refuses to reply to all attempts to contact him. Wikifrauds is willing to provide a sanitised copy of the above document to interested parties on request. We are also interested to hear from any other victims of this man Whitley.

Update Jan 4 2020: The following was received from a correspondent in the US:


He started a new company 44 Levels To Success which runs Next Level Trucking Program in Suwanee, GAHe defrauds Investors/Clients into buying trucks so that his company Next Level Trucking Program can manage it and which is suppose to bring the clients "$6000 monthly while they sleep"!! What is crazy is that the clients will never make this money! Trucks break down they are old and in terrible condition... Dispatched loads don't pay, Truck drivers hired bring home less than $400 a week most of the time and some are not paid at all. The driver often leave as soon as they are hired . When employees discover this sham and expose them they are let go! They are running the business off of the money of the investors/Clients who are being sold on the idea that they will profit off the trucks they purchase. The only people profitting are Jeremy Whitley and his wife Sheneva Whitley. Both have no experience running a trucking business. Seems like a Ponzi Scheme but in trucking. Check out his website, it's full of bullshit.

Whitley has had the nerve to threaten legal action against us, which we invite him to do. His email to us simply said: Attached is my Attorney. He will handle your slander from here.......

A Cease and Desist demand was then received from a Mr Gary Huggins Esq. saying he represented Whitley. What a joke, this idiot is no attorney, presents no credentials, and only has a yahoo email address.

Cease and Desist Investagtor1@wikifrauds.net I represent Mr. Jeremy Whitley.  He has contacted me regarding a posting in Wikifrauds that you have published regarding a trucking company.  I hereby demand that you take down the false posting immediately or you may be sued for defamation. Your statements are untrue and only serve to damage Mr. Whitley’s business without justification.  I only need to point to the false statement that he lacks experience in the trucking industry.  In fact he has more than 5 years experience, a fact that is well known and easily provable. The submission that you posted is from a disgruntled employee of the trucking company, a posting that I recognize.  If in fact the submitter is who I believe it is, he is also a convicted felon. Whatever history you may have with Mr. Whitley, it is obvious that you have a disdain for him.  However on the posting that I refer to, you are simply wrong in assuming any of the information is correct and you are at your peril if not removed. I remain, Gary Huggins, Esq.


We have recently received further information from others who have suffered at Whitley's hands and will publish them shortly. We also know that he has now morphed into "Next Level Deisel Repair".
Parts of one email are pasted below, and clearly show his business is a Ponzi Scheme. We have redacted some of this email to protect the sender, but what follows is damning enough:

"In the beginning of 'Next Level Truck Program', just days after some of Jeremy's (aka 'Jay') first investors had handed over large chunks of money, Jay and Sheneva went to two separate car dealerships and bought a Mercedes and a brand new SUV, boasting that they had "paid cash" for them. (Up until that point, the entire family had shared a mid 2000's sedan.) We all WATCHED Jay and Sheneva deposit a $20k check from an investor and turn around the next day and buy some lavish trip or something of the sort. It was so obvious what was happening that I was embarrassed for them, honestly."

"The way they spent money was INSANE...the office alone had overhead of at least 3 to 4k per month, there was hardly any $ coming in and a lot of the drivers had negative paychecks while the rest of the drivers were barely even getting paid! Meanwhile, there was ZERO profit being made from week to week."

Jay and Sheneva were in way over thier heads in a business they knew absolutely NOTHING about. To compensate for that, they hired people who were very experienced in the transportation industry to come on and run things. Jay and Sheneva always lied to new employees that the business had been running smoothly but they had just had to fire someone who "screwed them over big time" and destroyed everything they built. They would pay this new employee a big, fat paycheck, wine and dined them hoping that nobody would notice that it's all a sham and a load of lies! Once the new employee realized the actual truth, they would fire them and that employee would become the "enemy" and the cycle would start all over again. This took place every few months, or however long it took the new person to connect the dots.

Half the trucks in thier "fleet" werent even on the road because they couldn't keep drivers for more than a few weeks at best. Even while they had at least 7 trucks sitting empty with no drivers, Jeremy would be making a deal to buy several more crappy, broke down trucks! The whole premise of the "program" was that if a driver stayed with them for 3 years, they would give them the truck they were driving, free and clear. They couldn't keep a driver for 3 months, let alone 3 years! Besides, most drivers are smart enough to know that a truck that is 10 years old and has over a million miles on it is practically worthless! Those two never knew jack shit about Trucking and it showed big time!! Lies, lies and more lies!! I would love to see them pay for all the theft and lies that those cons have committed over the years! Karma is a bitch!"

And just to add another taste of Jeremy Whitley, click here to read his police wrap sheet.